Sal Bando, the third baseman and captain of the Oakland Athletics in the 1970s during the team’s run of three consecutive World Series victories,.. 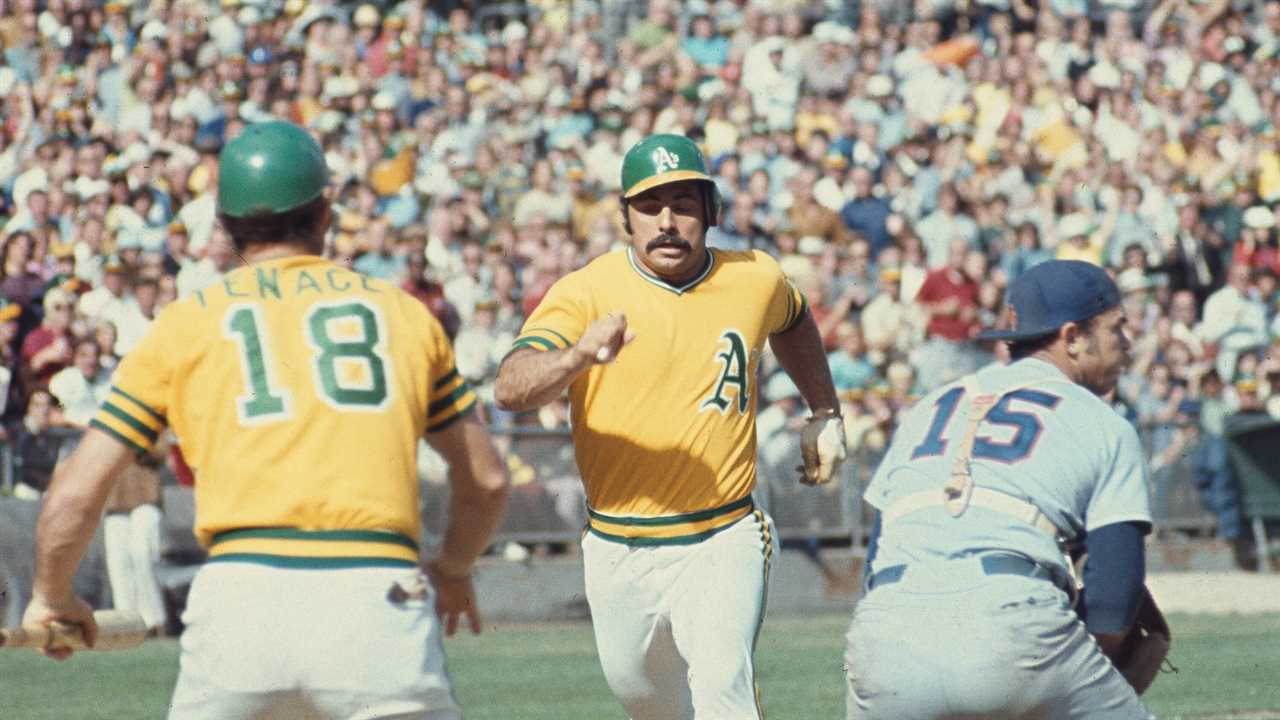 Sal Bando, the third baseman and captain of the Oakland Athletics in the 1970s during the team’s run of three consecutive World Series victories, died on Friday in Oconomowoc, Wis., a suburb of Milwaukee. He was 78.

The cause was cancer, Major League Baseball and Bando’s family announced in a statement.

Along with Reggie Jackson, Rollie Fingers, Catfish Hunter, Vida Blue and Joe Rudi, Bando rose through the A’s farm system and powered the team’s greatest era of dominance. Other than the mid-1970s Athletics, only three squads of the Yankees (1936-39, 1949-53 and 1998-2000) have won three or more World Series in a row.

In a closely fought, back-and-forth World Series, the Athletics defeated the “Big Red Machine” Reds, starring Pete Rose and Johnny Bench, in 1972. They went on to beat the Mets in the 1973 Series and the Dodgers in 1974 — teams that included Tom Seaver and Don Sutton on their pitching staffs.

The Athletics were known as the “Swingin’ A’s” for their powerful offense, led by Jackson, and as “the Mustache Gang” for introducing a then-hip hirsute style into the clean-shaven conventionality of professional baseball.

Bando was initially touted as a defensive talent, and he struggled early on trying to hit big league pitching. He credited Joe DiMaggio — then an executive and occasional hitting coach for the Athletics — with getting him to close up his stance and keep his head down to hit for more power, The Sporting News reported in 1969.

Bando became the team captain that year, when he was just 25 and in his second full major league season. His teammates respected his durability — he played every game or nearly every game during each of the nine full seasons he spent with the Athletics — and he hit for moderate but consistent power, averaging more than 20 home runs and about 90 runs batted in.

“You don’t tell a Jackson, a Hunter or a Rudi what to do,” Bando told a team publication of the Milwaukee Brewers, for whom he was then playing, in 1978. “You lead by example, by giving 100 percent, by giving a continuous effort. A successful individual is one who is dedicated.”

The Sporting News described the A’s of that era as “a team in which trouble bubbles like a live volcano,” with bitter fights between the players and the owner Charles O. Finley, but the publication added that “Bando, more than anyone else, keeps teammates relaxed and thinking about baseball.”

Image
Bando, center, during Game 2 of the 1973 World Series against the Mets. He said of his time in Oakland: “In another town, someplace back East, we might be heroes. Here we’re not even something special.”Credit...Walter Iooss Jr./Sports Illustrated, via Getty Images

He was voted to four All-Star teams, but Bando did not enjoy the celebrity of teammates like Jackson, who gained in renown from playing later for the Yankees. The A’s went through periods without a local television contract, and for a championship ball club, attendance at home games was slight.

“In another town, someplace back East, we might be heroes,” Bando told The Sporting News in 1973. “Here we’re not even something special.”

Bando was also not known for the statistical feats of a player like Jackson, who while playing for the Yankees hit three consecutive home runs in the 1977 World Series.

Yet in a detailed 2013 biography of Bando, the Society for American Baseball Research determined that from 1969 to 1973 his “wins above replacement” figure — which estimates the total contribution of a player in comparison to a hypothetical likely replacement — was the highest in baseball, beating out not just Jackson but also Rose and Bench.

Salvatore Leonard Bando was born on Feb. 13, 1944, in Cleveland. His father, Ben, was a carpenter and amateur softball player. His mother, Angela Bando, was a homemaker, and she also played softball. Sal grew up in Warrensville Heights, a Cleveland suburb.

After the 1976 season, Bando became a free agent and was signed by the Brewers. He helped the team establish a winning culture, but it did not find anything like the success of the Athletics. He retired after the 1981 season and began to work in the Brewers’ front office. He was the general manager for most of the 1990s, an era when the team usually had a losing record.

Bando married Sandy Fortunato in 1969. Besides her, survivors include his sons, Sal Jr., Sonny and Stef.

Image
Bando taking the field during a ceremony honoring the ’74 A’s in 2014 in Oakland.Credit...Michael Zagaris/Oakland Athletics, via Getty Images

In a 1982 essay for The New York Times, Bando reflected on witnessing his first opening day as a retired pro. He described the initial game of the season as a perennial source of tension: having to prove yourself once again to fans and reporters, work to realize your long-percolating dreams of the off-season and fit into uncomfortable new uniforms.

“For the first time, I can sit with my family and enjoy America’s pastime,” he wrote. “My wife won’t have knots in her stomach and prayers on her lips worrying about my performance. Now I can be the one going after the food and drinks and keep the kids sitting in their seats.

“I’m very thankful,” he continued, “for my career and all the blessings that came with it, but it’s sure nice living a normal life.”

Read More
Did you miss our previous article...
https://ballerawards.news/sports/brazil-feels-the-familiar-sting-of-failure