DOHA, Qatar — Once more, then, Brazil’s World Cup ends in the dance the country has come to know better than any other. The players were still.. 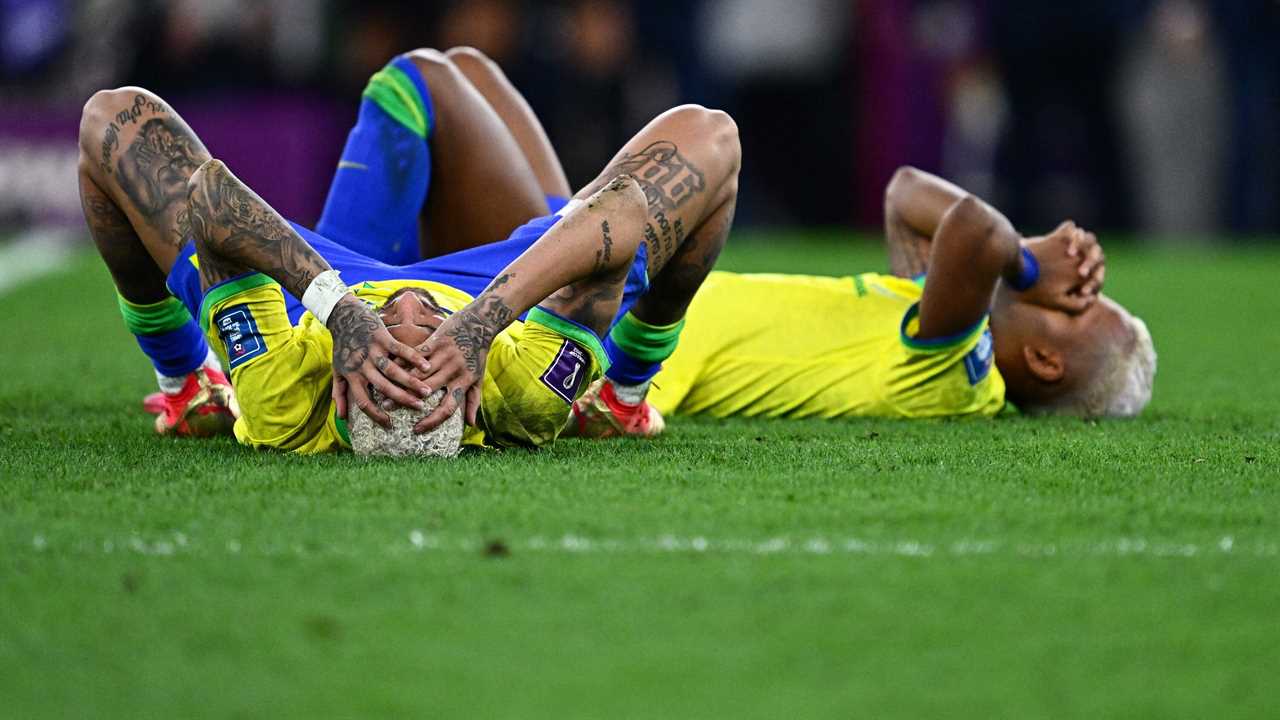 DOHA, Qatar — Once more, then, Brazil’s World Cup ends in the dance the country has come to know better than any other. The players were still cocooned in the locker room at the Education City Stadium, trying to process the bitterness and regret of elimination at the hands of Croatia, but the fingers were already being pointed, the blame being assigned.

The primary target, of course, was the same as it always is: the coach. Just a couple of days earlier, back when things were light and fun, Tite had been at pains not to take too much of the credit. Brazil might have been strutting and gliding through the tournament, its jersey shining as brightly as it had for a generation, but the 62-year-old Tite did not want anyone thinking it was because of him.

He was, if anything, nothing but a facilitator. The glory should go to the players, he said, the ones who were out on the field, making things happen, sweeping the country to within touching distance of that elusive sixth World Cup. “It is the athletes,” he said. “They are the whole painting.” 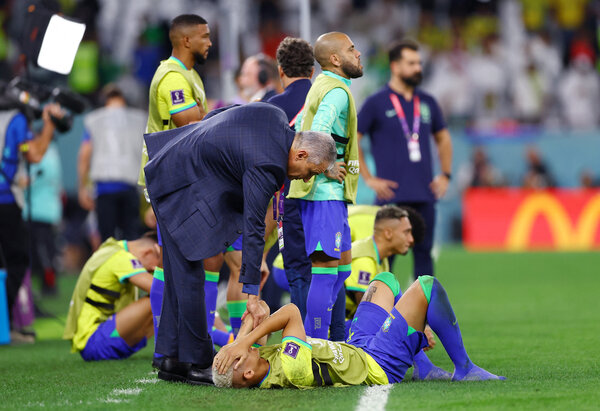 Brazil’s Tite consoled his players, but he could not appease his critics.Credit...Matthew Childs/Reuters

Such is the bargain coaches make. Tite did not feel entitled to any of the credit, but as soon as things grew dark and heavy, he was the primary outlet for much of the blame. “It’s not about being a hero or a villain,” he said, his devastated players still not yet able to face the public. “But I understand that I am the most responsible.”

There was no shortage of people willing to agree with him. In the immediate aftermath of the game, Tite had been sufficiently composed to offer what was, by some distance, the most reasonable, the most rational, analysis of Brazil’s elimination. “When their goalkeeper is the best player on the field, the game is talking to you,” he said.

He was right, too. Brazil created a flurry of chances against Croatia. With a little more luck or a little more poise, it would have been out of sight long before penalties, long before Bruno Petkovic’s equalizer, long before extra time. “Sometimes we have a great performance, we shoot at goal, and the ball deviates,” he said. It is cruel, of course. “But it is normal.”

That was never likely to contain the firestorm of criticism. Nor was the fact that Tite had made clear even before the World Cup began that he would be stepping down as soon as Brazil’s involvement in Qatar ceased. No matter how or when it happens, or who it happens against, Brazil’s leaving a World Cup empty-handed is cause not so much for an inquiry as an inquest, and the finger of blame always points, first and foremost, at the manager.

Image
Alisson did not stop any of Croatia’s attempts in the shootout.Credit...Jewel Samad/Agence France-Presse — Getty Images

And so, within minutes, there were prominent agents using Instagram to declare that Tite was not and had never been a proper coach, and newspaper columnists reassessing his six years in charge of the Selecão, and commentators of various stripes wondering quite how many other people ought to follow him out of the door.

That was just the start of the dance. Once Tite had been condemned, other targets came into sight. There was Thiago Silva, the veteran captain, still coming to terms with the fact that he “will never lift this trophy,” ruing the fact that he and his teammates had “lost concentration in extra time,” but now deemed too old, too slow, culpability being retrofitted in real time.

There was Neymar, too, so visibly distraught on the field, so overcome with emotion that he had to be helped to his feet, that he accepted sympathy even from the unlikely source of one of Ivan Perisic’s children. “This defeat will hurt for a long time,” he had said. It may yet prove to be his final World Cup game in his nation’s canary yellow. No matter: Once again, one columnist wrote, the country had shown itself to be too reliant on Neymar, scorer of the goal that — for a few minutes at least — seemed to have carried Brazil over the line.

That the reaction in Brazil should have been so urgent, so scolding, is hardly a surprise. It has, after all, had to go through all of this before. The cliché that Brazil is the only country on the planet that goes into a World Cup in expectation, rather than hope, may not be quite true. But no other nation is so conditioned to believe in victory as something achievable, rather than aspirational.

And yet, in the last 20 years, Brazil has made precious little impact on the World Cup. It is not just that it has not won the tournament since 2002; it has, in truth, rarely looked like winning it. In four of the last five editions, Brazil’s fate has been as it was here, eliminated in the quarterfinals by a European team that may or may not have been more talented but was certainly a little more streetwise, a little more composed, a little more resilient. For Croatia 2022, read France in 2006, the Netherlands in 2010, Belgium in 2018.

The exception, of course, came in 2014, when Brazil made an emotionally-charged run on home soil to the semifinals. That, though, is the tournament that the country wants to talk about the least; the journey which lasted the longest ended in the moment that hurt more than any other.

After each and every one of them, Brazilian soccer has gone through the same convulsion: identifying the shortcomings, singling out the culprits, changing direction to ensure that it never feels that same disappointment again. If the coach is too liberal, a disciplinarian must be hired. If the team is too attacking, a more cautious approach must be adopted. If changing things does not work, then consistency might be the answer, as it was in 2018, when Tite remained in post despite losing to Belgium.

None of it has worked, not in the way that Brazil wanted it to work. And so here it is again, back in that same old dance, facing the prospect of having to start afresh once more, trying to find a path up the mountain even as the summit seems further away than ever.