Even the Saudi Team Is Stunned After Victory Over Argentina

LUSAIL, Qatar — Saudi Arabia’s defeat of Argentina at the World Cup on Tuesday was the sort of upset almost nobody in global soccer had seen coming,.. 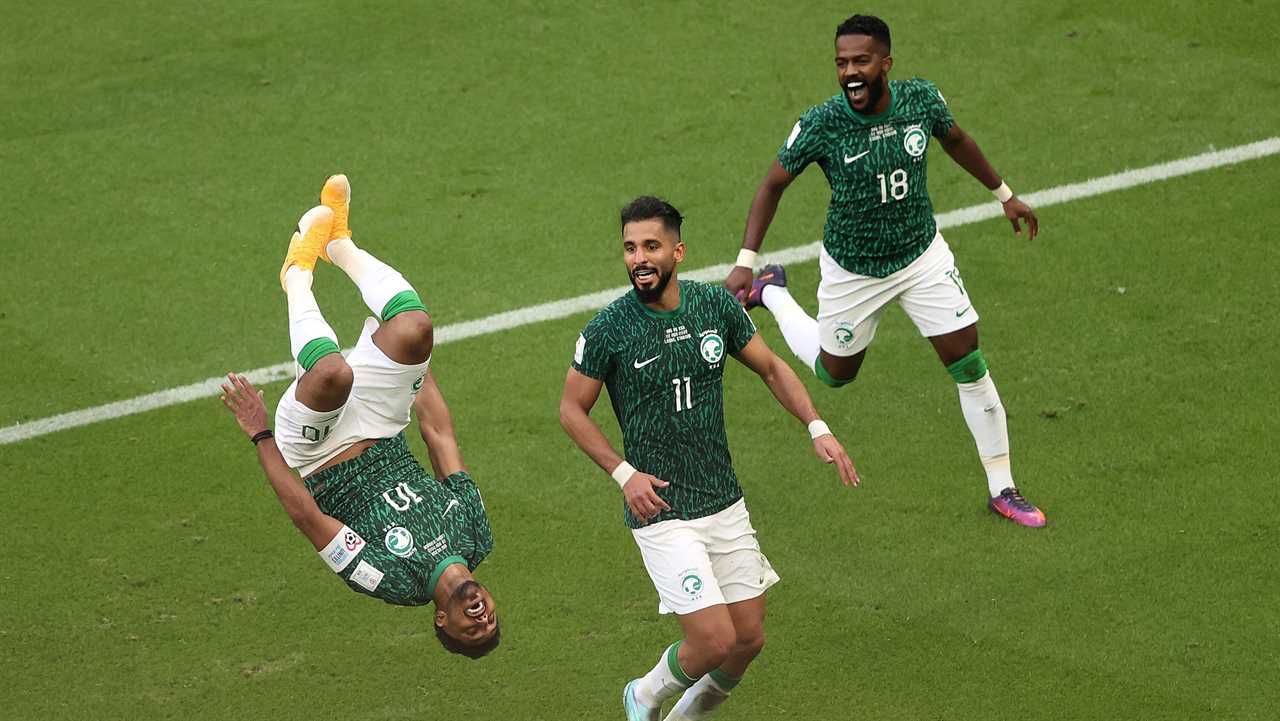 LUSAIL, Qatar — Saudi Arabia’s defeat of Argentina at the World Cup on Tuesday was the sort of upset almost nobody in global soccer had seen coming, an outcome that ranks as one of the greatest shocks in the tournament’s 92-year history. Nobody was more surprised, though, than the Saudis themselves.

The country had won only one game at a World Cup since 1998. Unlike the World Cup’s traditional powers, it does not call on stars from the major leagues of Western Europe to join its squad. Its players are drawn instead from the country’s lightly regarded, but well-supported, domestic league. And the Saudis had started the tournament with the longest odds in the field: 1,000 to 1.

After the victory, Saudi Arabia declared a national holiday for Wednesday. But even before the game, government employees had been given the day off, and many private businesses had shuttered. Crowds gathered by the hundreds to watch on giant video screens at specially planned public viewings, holding their hands to their faces in disbelief as the Saudis overturned Argentina’s early lead, and then jabbing their fists into the air after the game-winning goal.

Cheers were heard not only in Saudi Arabia but across the Arab world, which until Tuesday had not seen any Arab country win a game at this tournament, the first World Cup in the Middle East. There were public celebrations in Egypt, Jordan and even among the Houthis in Yemen, against whom a Saudi-led coalition is waging a brutal war.

Inside Lusail Stadium, Qatar’s emir — beaming to crowds from the royal suite — wrapped a Saudi flag around his shoulders.

Few had given the Saudis a chance of winning a game at the tournament, much less overcoming the might of Argentina and Lionel Messi, arguably the finest player the sport has ever seen. Even Prince Mohammed downplayed expectations before the team departed for Qatar, urging the players to “relax and enjoy the tournament.” And enjoy it they did.

Tens of thousands of Saudi fans had made the short journey across the border — a trip that would not have been possible as recently as two years ago, when a Saudi-led blockade cut the tiny Qatari peninsula off from its neighbors — to see the country’s first game at the tournament, albeit more in hope than expectation.

It was a remarkable demonstration for Saudi Arabia, a country of about 36 million people that did not make sports a national priority until 2016. That year, its General Sports Authority announced a $650 million investment to develop local athletes and teams and to attract international events. Girls were not offered physical education classes until 2017.

Though Saudi Arabia has spent hundreds of millions of dollars in recent years to acquire a global sports presence — securing the rights to a Formula 1 grand prix, investing through its sovereign wealth fund in the English Premier League team Newcastle United and backing the breakaway LIV Golf tour — it remains a minor, if regular, presence on the World Cup stage.

Soccer, though, is a point of pride. Saudi Arabia’s domestic soccer culture is passionate and organic, and its best club teams, some of the strongest in Asia, attract considerable crowds and carry devoted, and noisy, followings.

The number of fans in attendance in Lusail reflected that. The Saudi authorities have eased overland travel restrictions to allow fans to attend the World Cup, and the country’s tourism minister said before the tournament that there would be 240 flights a week between the kingdom and Qatar, as opposed to the more usual six.

Ibrahim al-Kassim, the secretary general of the Saudi soccer federation, had promised that the country would send enough fans “to exceed half of the capacity of the stadium in each match.”

Not all of them, though, were particularly familiar with the team they were watching. “I don’t really watch Saudi soccer,” said Ali Al Jubar, a fan who had made the two-hour journey from the border by bus. His interest, he said, is generally in European teams, particularly Manchester City and Liverpool. “But this is the biggest result for Saudi Arabia,” he said.

The significance of the victory — the greatest in Saudi history and likely to be remembered as one of the most startling results the World Cup has seen — could be gauged by the response. As well as Saudi fans sharing memes of Messi as a roasted goat — a play on his (contested) status as soccer’s Greatest Of All Time — the official media of the Two Holy Mosques, Haramain Sharifain, posted a message on Twitter with the country’s flag and a green heart.

Amid all the euphoria, Hervé Renard, the team’s well-traveled French coach, was doing his best to remain calm.

“Sometimes, the stars in the sky are on the same line,” he said. “This will stay with us forever. We have a small team, but all of the Saudi people came together today. We need to think about all 35 million of them. This is one for the history books.”

Others, though, were even more phlegmatic. Asked to assess the meaning of the result — for Saudi soccer, for Saudi Arabia, for the Arab world more generally — one team official appeared to be almost completely unfazed. “It’s just 3 points,” he said.