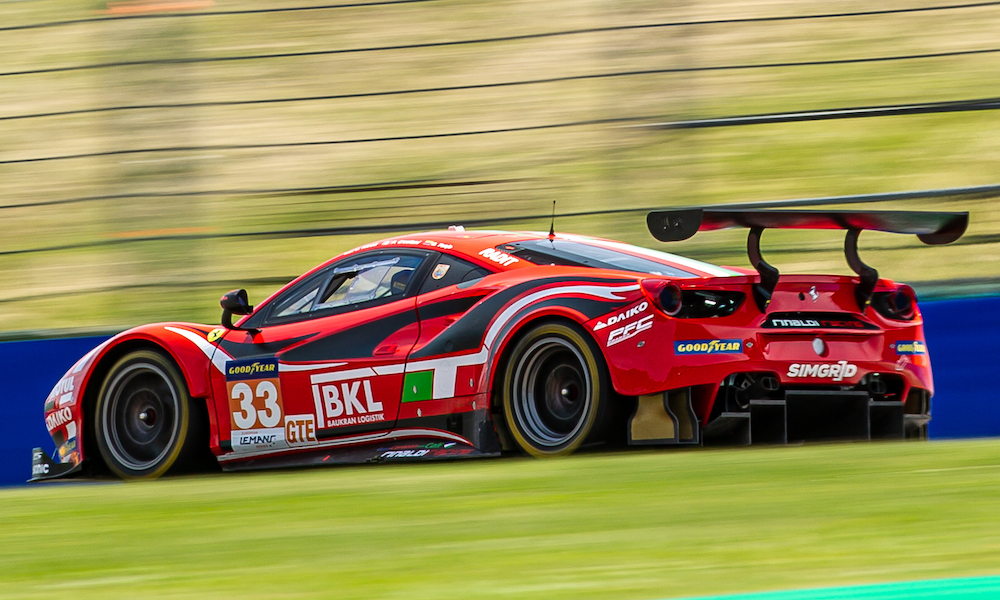 Jeroen Bleekemolen joins Rinaldi Racing for the remainder of the European Le Mans Series campaign, stepping into the team’s lineup starting with next month’s 4 Hours of Monza.

As shown on the entry list for the third round of the season, the veteran Dutchman will team up with Christian Hook and Fabrizio Crestani aboard the No. 33 Ferrari 488 GTE Evo.

Bleekemolen, who is Gold-rated, replaces Silver-rated Colombian driver Oscar Tunjo. Tunjo had been the third driver in the team for the previous two rounds at Paul Ricard and Imola.

Team boss Michele Rinaldi confirmed to Sportscar365 that Bleekemolen has been brought into the lineup for the rest of the season, as opposed to his Monza appearance being a one-off.

Bleekemolen raced with the team during its FIA WEC appearance at the Italian circuit and also partnered with Hook and Pierre Ehret at Le Mans last year.

The rest of the 42-car entry list has largely remained unchanged from Imola.

However, the Italian remains listed alongside Louis Deletraz and Ferdinand Habsburg even though Correa has since returned to action in the FIA Formula 3 Championship, the American driver’s other program.

Notably, the ELMS round at Monza takes place only a week after the Sahlen’s Six Hours of The Glen.

United Autosports team owner Richard Dean told Sportscar365 the team was forced to miss that race as McGuire had to go in for back surgery after the Le Mans weekend.

McGuire was not part of the lineup at Imola, when Van Berlo and Bentley won the race as a duo.

DKR Engineering has brought in James Winslow to its lineup in place of Tom van Rompuy, while Colin Noble joins Nielsen Racing’s No. 7 lineup to partner Anthony Wells and James Littlejohn.

Eurointernational has yet to confirm the remainder of its driver crew for the No. 11 Ligier. Max van Koebolt is the currently the only driver listed, with the other two places in the lineup listed as ‘TBA’