(adsbygoogle = window.adsbygoogle || []).push({});This year’s MTV Europe Music Awards hosted some of today’s biggest names in music. Among those in.. 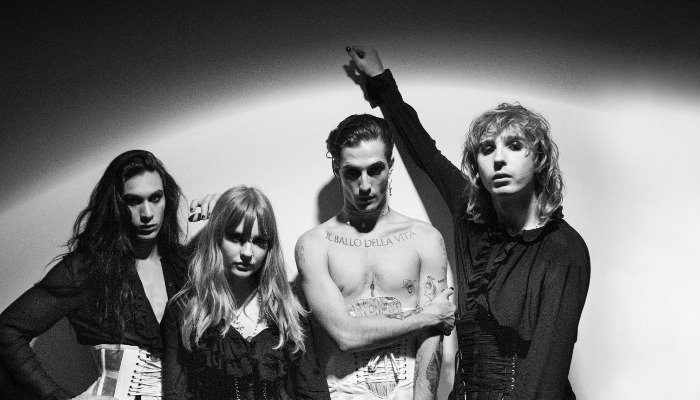 This year’s MTV Europe Music Awards hosted some of today’s biggest names in music. Among those in attendance was Italian rock band Måneskin, who were nominees in multiple categories.

The four-piece took home the award for Best Rock Act. While it was exciting to see the band receiving recognition, the news had an even deeper significance. The band simultaneously made history as the first-ever Italian group to win an award in a global category.

Read more: Måneskin and Joel Madden on performing in the streets of Italy

Other nominations in the running for MTV EMAs’ Best Rock Act included Coldplay, Foo Fighters, Imagine Dragons, Kings Of Leon and the Killers.

“First of all, we wanted to say thank you to all our fans and the people that have supported us,” the band said in their acceptance speech. ​“We love you. But we also wanna say that people usually told us that we were not gonna make it with our music. Well, I guess you were wrong.”

That message echoes a number of previous comments from AltPress cover artist Måneskin, who spoke to us about the doubts they faced as they were building their careers. During their interview with Joel Madden, the band revealed their mission to continue fighting for the future of rock ‘n’ roll.

Elsewhere on social media, Måneskin are celebrating their recent win and thanking fans for their support and votes.

Best Rock let’s go!!! This award means soooooooo much to us ? Thanks to the @mtvema for all the nominations and for letting us play on such a dream-stage + infinite gratitude to everyone who supported and voted us, we love you!!! pic.twitter.com/Wai7ptzAEH

Read more: Måneskin on why rock music is thriving in Italy—and across the globe

In addition to accepting their award, Måneskin also performed their most recent single “MAMMAMIA” live on the MTV EMA stage. The performance is proof of how powerful the band’s dynamic is onstage and solidifies their title as Best Rock Act.