MusicTech Awards 2022: Producer of the Year 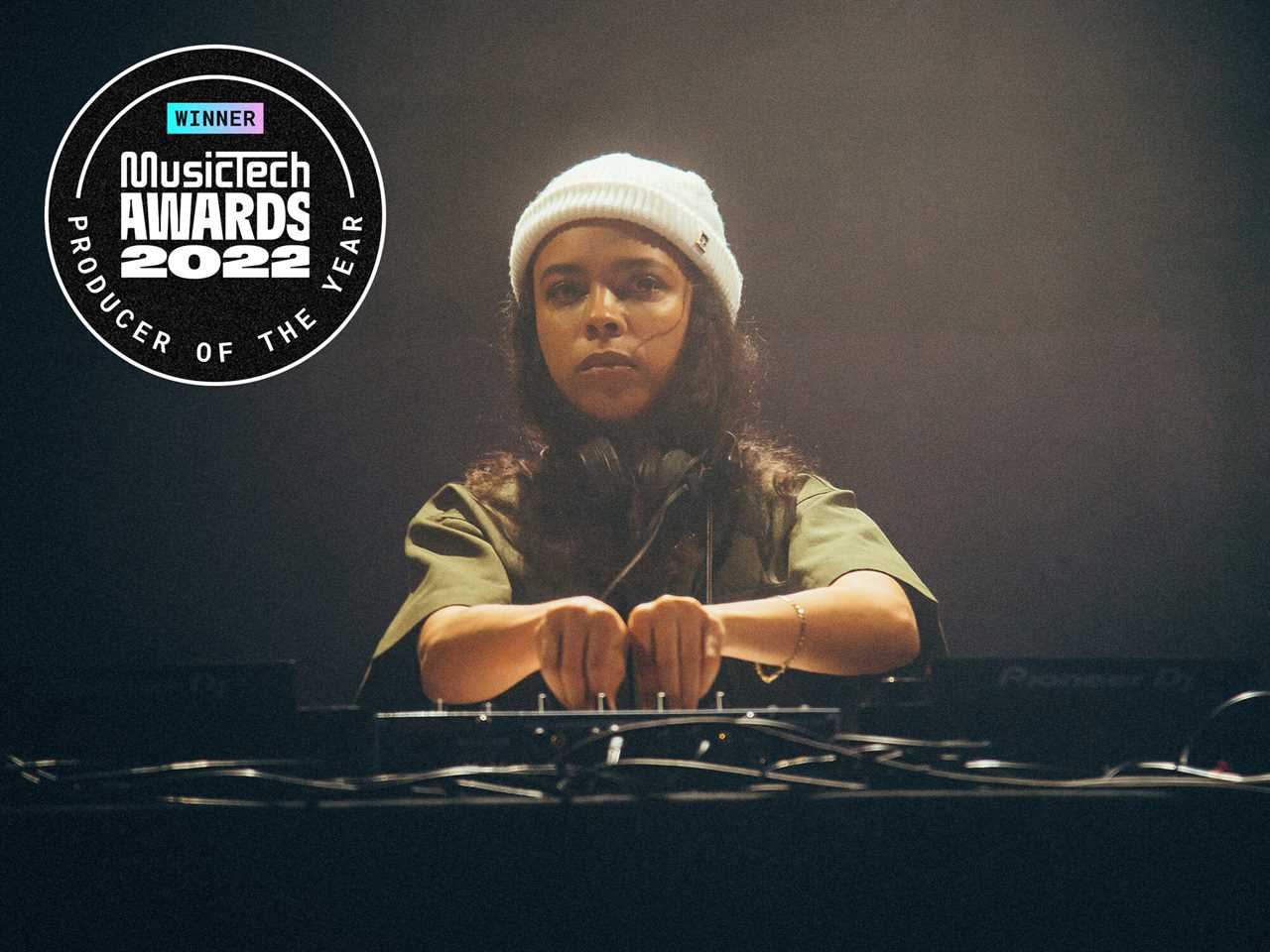 MusicTech’s Producer Of The Year award goes to an in-demand artist who’s been sonically impressing the industry. To win the Producer Of The Year Award, you’ve got to be a hard-working music maker putting in the hours in the studio, going against the grain and delivering a unique sound wrapped up in your own shining, distinctive character.

That’s why we’re proud to announce TSHA as this year’s Producer Of The Year. The London-based musician and DJ oozes character, whether it’s on the front cover of her debut album (surrounded by goats), through her blend of vocal-led electronic music with intricate sound design and layering, or through her hypnotic DJ sets.

Her album Capricorn Sun was released in October on Ninja Tune and is a celebration of the varied sounds the Londoner has been drip-feeding fans, with EPs Flowers and OnlyL since stepping on to the scene in 2018. It features the intense rave banger, Giving Up featuring Mafro, and collaborations with Malian singer Oumou Sangaré on Water – a track that pairs traditional folk vocals with melodious synths – and the sweet sounds of singer Clementine Douglas.

This year, we were shown the full scope of TSHA’s abilities. She’s produced an uplifting floor-filling rave anthem with Diplo on Let You Go (feat. Kareen Lomax), has carefully crafted laid-back electronica, and has built a dreamy backline for a plethora of vocalists.

On her track Time, for example, breaks are cleverly entwined with a sampled sitar to create a zany trip-hop-style beat. Anxious Mind (feat. Clementine Douglas is an intriguing melodic dubstep track that could easily air on prime-time radio. On Power, we’re treated to a house groover that lays an irresistibly cool bassline underneath a dusty soul sample.

It’s been a humongous year for TSHA. She’s been hotly tipped by tastemakers Zane Lowe, Pete Tong, and Annie Mac, while NME called Capricorn Sun a “euphoric debut”, going on to say, “It’s rare that an electronic album manages to tell such a strong story while eliciting so many different emotions. Impressively balancing meditative calmness Time with rave euphoria (the guitar-led Running), Capricorn Sun proves that TSHA really is in a league of her own.”

It’s safe to say TSHA is a name you’ll hear for years to come. The shimmering producer is certainly in the business of making dance hits – that’s why Capricorn Sun is full of them. TSHA’s spent four years bringing rich, satisfying dance productions to the underground and the mainstream, and has left everyone vying for more.

To check out the other awards categories, click here.

The post MusicTech Awards 2022: Producer of the Year appeared first on MusicTech.