The duo Brothers Osborne are big winners at the 2022 Academy of Country Music Awards!The brothers won the award for Duo of the Year at the event on..

The duo Brothers Osborne are big winners at the 2022 Academy of Country Music Awards!

The brothers won the award for Duo of the Year at the event on Monday (March 7) at Allegiant Stadium in Las Vegas, Nev.

During their acceptance speech, TJ Osborne sent love to his boyfriend Abi Ventura. He said at the end of his speech, “Abi, I love you. Here’s to a great night in Vegas!”

Click inside to see a photo of the couple together…

Watch the speech below.

These two make quite the pair! Congratulations to @brothersosborne on winning ACM Duo of the Year at this year's #ACMawards! pic.twitter.com/tm1VkExxYQ

TJ took to his Instagram Stories last year to share a rare selfie of him and Abi. See it below! 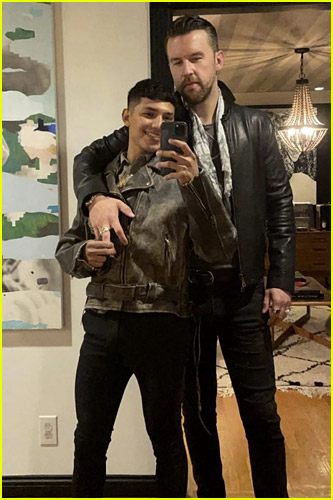