Stephen Curry Left His Critics With Nothing Else to Say

BOSTON — A few seconds remained in Stephen Curry’s N.B.A. season when he spotted his father, Dell, sitting along one of the baselines. He went over.. 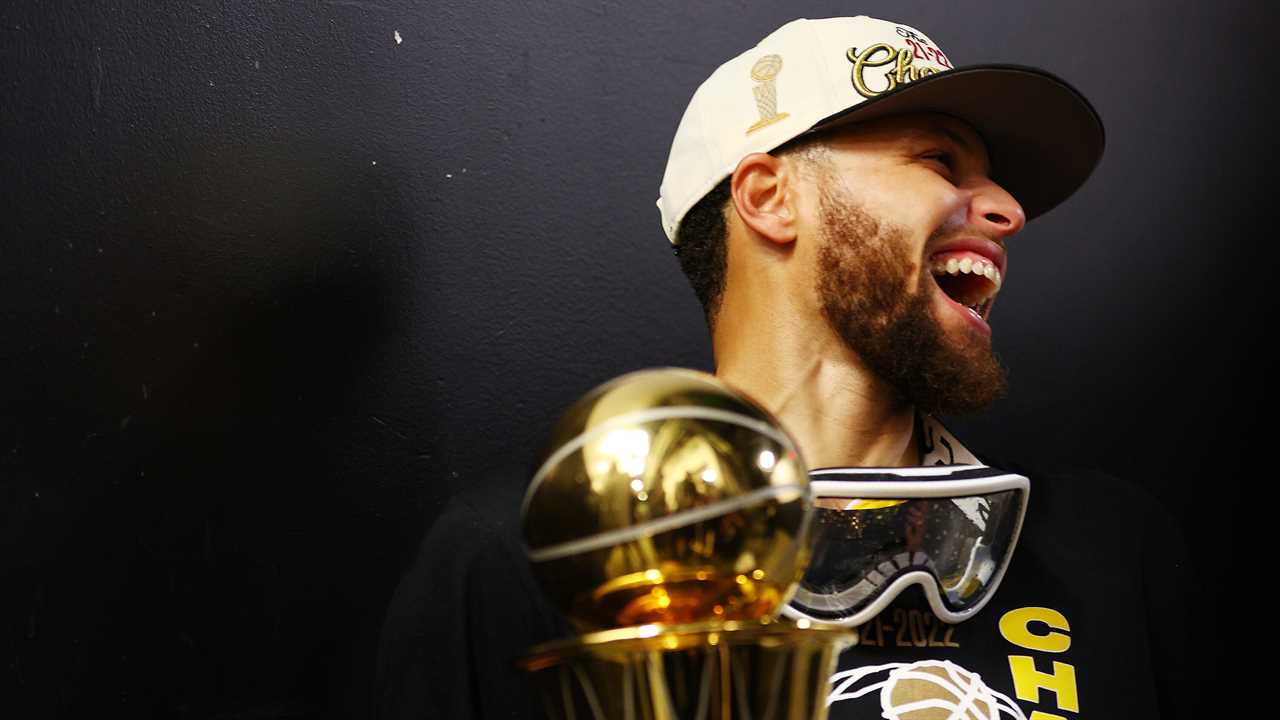 BOSTON — A few seconds remained in Stephen Curry’s N.B.A. season when he spotted his father, Dell, sitting along one of the baselines. He went over to embrace him, then fell to the court in tears.

“Surreal,” Curry said. “I just wanted to take in the moment because it was that special.”

Over six games of the N.B.A. finals, Curry had supplied Golden State with a narrow range of feats that ranged from the extraordinary to the sublime. He squeezed past walls of defenders for up-and-under layups, and backpedaled for fadeaway jumpers. He enthralled some fans while demoralizing others. He sought the spotlight, then delivered.

He effectively turned the court into his personal theater and the Celtics into his helpless foils, delivering performance after performance in a two-week run whose only flaw was that nearly everyone could begin to anticipate the ending — with Curry exiting the stage as a champion again.

After Golden State defeated Boston, 103-90, on Thursday to clinch its fourth title in eight seasons, Curry, 34, reflected on the long journey back to the top: the injuries and the lopsided losses, the doubters and the uncertainty. He also recalled the exact moment he started preparing for the start of this season — 371 days ago.

“These last two months of the playoffs, these last three years, these last 48 hours — every bit of it has been an emotional roller coaster on and off the floor,” Curry said, “and you’re carrying all of that on a daily basis to try to realize a dream and a goal like we did tonight.” 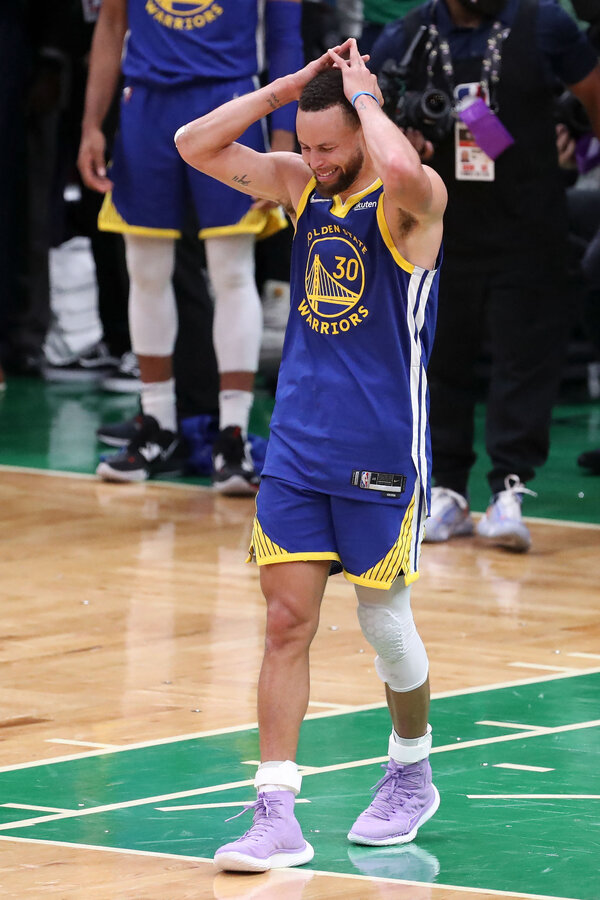 “You imagine what the emotions are going to be like, but it hits different,” Curry said of winning his fourth championship. Two seasons ago, Golden State had the worst record in the N.B.A.Credit...Paul Rutherford/USA Today Sports, via Reuters

The numbers tell one story, and they are worth emphasizing. For the series, Curry averaged 31.2 points, 6 rebounds and 5 assists while shooting 48.2 percent from the field and 43.7 percent from 3-point range. He was the unanimous selection as the finals’ most valuable player.

“He carried us,” Golden State’s Draymond Green said, “and we’re here as champions.”

But there was an artistry to Curry’s work in the series, too, and it was a profound reminder of everything he has done to reshape the way fans — and even fellow players — think about the game. The way he stretches the court with his interplanetary shooting. The way he uses post players to create space with pick-and-rolls. The way he has boosted the self-esteem of smaller players everywhere.

“When I go back home to Milwaukee and watch my A.A.U. team play and practice, everybody wants to be Steph,” Golden State’s Kevon Looney said. “Everybody wants to shoot 3s, and I’m like: ‘Man, you got to work a little harder to shoot like him. I see him every day.’ ”

For two seasons, of course, in the wake of the Golden State’s catastrophic, injury-marred trip to the 2019 finals, some of that joy was missing. The Warriors scuffled through a slow rebuild.

Image
“You imagine what the emotions are going to be like,” Curry said of winning his fourth championship, “but it hits different.”Credit...Kyle Terada/USA Today Sports, via Reuters

The team reassembled the pieces this season, but there were no guarantees. Curry missed the final 12 games of the regular season with a sprained left foot, then aggravated the injury in Game 3 of the finals. All he did in Game 4 was score 43 points to help Golden State even the series at two games apiece.

He showed that he was mortal in Game 5, missing all nine of his 3-point attempts, but his supporting cast filled the void. Among them: Andrew Wiggins and Jordan Poole, who developed their games during Golden State’s playoff-free hiatus and were indispensable this postseason.

“Our young guys carried the belief that we could get back to this stage and win,” Curry said. “And even if it didn’t make sense to anybody when we said it, all that stuff matters.”

For Game 6 on Thursday, Curry broke out the full buffet. He used a pump fake to send the Celtics’ Al Horford flying toward an expensive row of seats. He baited defenders into traps and zipped passes to cutting teammates. And after a big flurry in the third quarter, he glared at the crowd and pointed at his ring finger. (Translation: He was ready for more jewelry.)

Curry began to get emotional when Boston Coach Ime Udoka summoned his reserves from the bench with just over a minute remaining, conceding the series and the championship. Standing alone at midcourt, Curry seemed to be laughing and crying at the same time, a euphoric mix of feelings.

“You imagine what the emotions are going to be like, but it hits different,” he said.

Image
After missing all nine of his 3-point attempts in the previous game, Curry was 6 of 11 from deep in Game 6. He scored 34 points.Credit...Elsa/Getty Images

In a sports world consumed by debate shows, uninformed opinions and hot takes on social media, two asterisks — unfair ones — seemed to trail Curry like fumes. The first was that he had neither helped his team win a title without Kevin Durant nor defeated a finals opponent who was at full strength. The second was that he had not been named a finals M.V.P.

Whether he cared or not, Curry effectively quashed both of those narratives against the Celtics, a team that had all of its young stars in uniform and even had Marcus Smart, the league’s defensive player of the year, spending good portions of the series with his arms tucked inside Curry’s jersey.

For his part, Golden State Coach Steve Kerr said there was only one achievement missing from Curry’s résumé: an Olympic gold medal. (It should be noted that Kerr coaches the U.S. men’s national team.)

“Sorry, I couldn’t resist,” Kerr said, deadpan. “Honestly, the whole finals M.V.P. thing? I guess his career has been so impeccable, and that’s the only thing we can actually find. So it’s great to check that box for him. But it’s really hard for me to think that’s actually been held against him.”

After the game, as Golden State’s players and coaches began to gather on a stage for the trophy presentation, Curry hugged each of them, one by one.

“Back on top, 30!” Looney said, referring to Curry’s uniform number.

Afterward, as Curry made his way toward a courtside tunnel, lingering fans clamored to get closer to the court, closer to Curry, before he was disappeared from view. He chomped on a victory cigar as he held his finals M.V.P. trophy aloft, pushing it skyward once, twice, three times.

No one could miss it.

Read More
Did you miss our previous article...
https://ballerawards.news/sports/china-wins-allaround-team-gold-as-worlds-qualification-is-decided-in-doha
nothingelsegoldenstate