Rita Ora makes her return as a host in dazzling and daring outfits for the MTV Europe Music Awards held at the PSD Bank Dome in Düsseldorf,..

Rita Ora makes her return as a host in dazzling and daring outfits for the MTV Europe Music Awards held at the PSD Bank Dome in Düsseldorf, Germany

British singer and songwriter Rita Ora hosted the 2022 MTV EMAs in not just one, but 10 jaw-dropping looks. If you failed to keep up with her unpredictable ‘fit changes, take a closer look at all of Rita Ora’s outfits below:

Before she even won the Best Look award at the end of the night, Rita Ora was already serving some eye-catching looks in a black cut-out ensemble and a pair of glossy thigh-high boots during the pre-show rehearsal. She topped off the outfit with a green and black beanie for a pop of color.

Rita Ora definitely started the show with a statement look on the red carpet. She wore a halter dress, made out of sheer fabric, with red and white flower patterns, which created a perfect combination of sexy and sweet to the look. She posed for photos beside her husband and co-host, Taika Waititi, who opted to wear a traditional suit.

Rita did her opening spiel in a purple PVC hooded dress and layered it with a feathered jacket. She even wore laced-up purple heels to put her colored ensemble in full bloom. 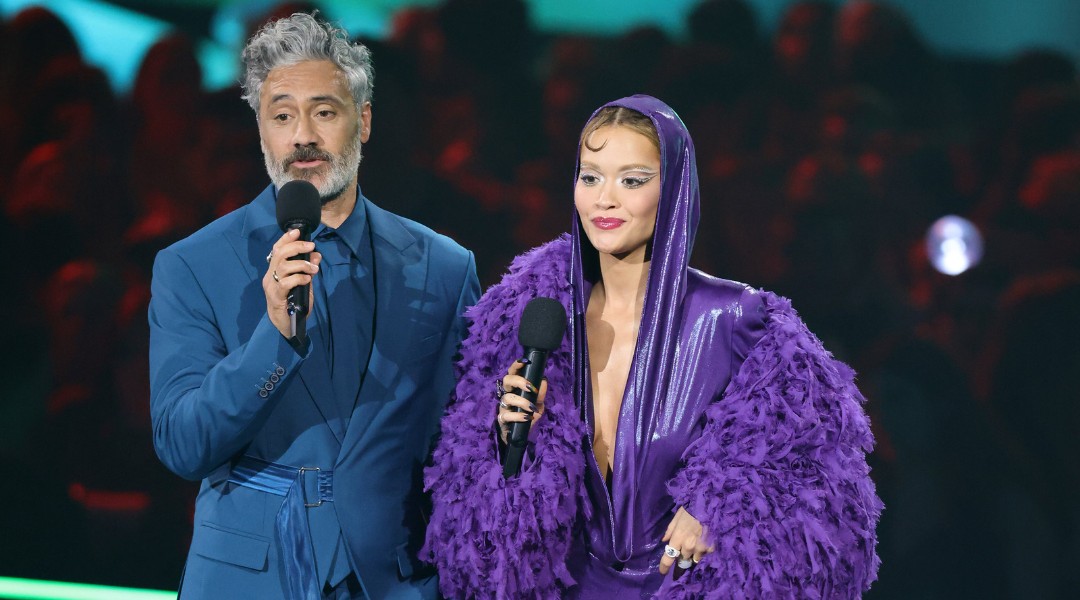 The singer rocked a floor-length white maxi skirt and a white bra top, both with connecting leather belts that gave a subtle touch of Y2K. Rita laid her hair down in its natural undone look to match the vibe of the outfit.

She also stepped out in a black blazer that was elevated to the nines with stitched silver watches. This was one of the iconic looks of Rita during the night as it was eccentric and extraordinary—a definite expression of a Rita Ora vibe. 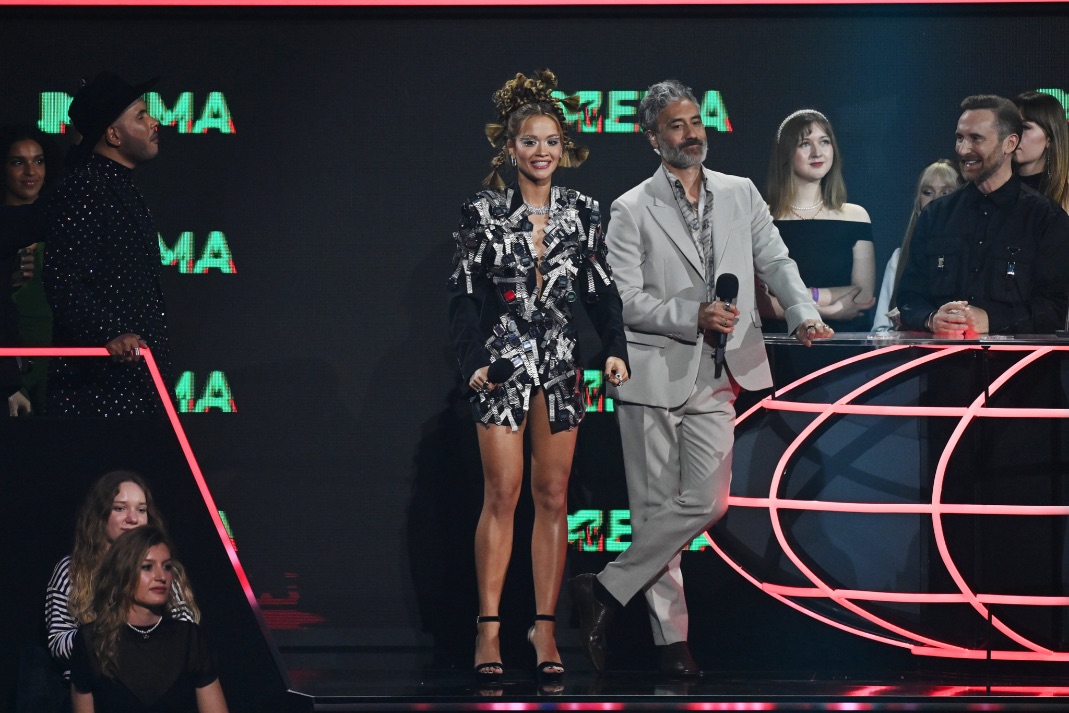 One of the MTV EMA host’s looks was a complete transformation in a show-stopping black corset dress. She even wore a bob-cut wig in pastel pink and thick bangle bracelets to match.

The “Poison” hitmaker channeled a sweet vibe by wearing a sheer pastel dress in pink. The bra made of silver glitter fabric that was peeking through the sheer garment added more sparkle to the look. She also put bold shimmers on her eyelids and matched it with a pink lipstick shade. 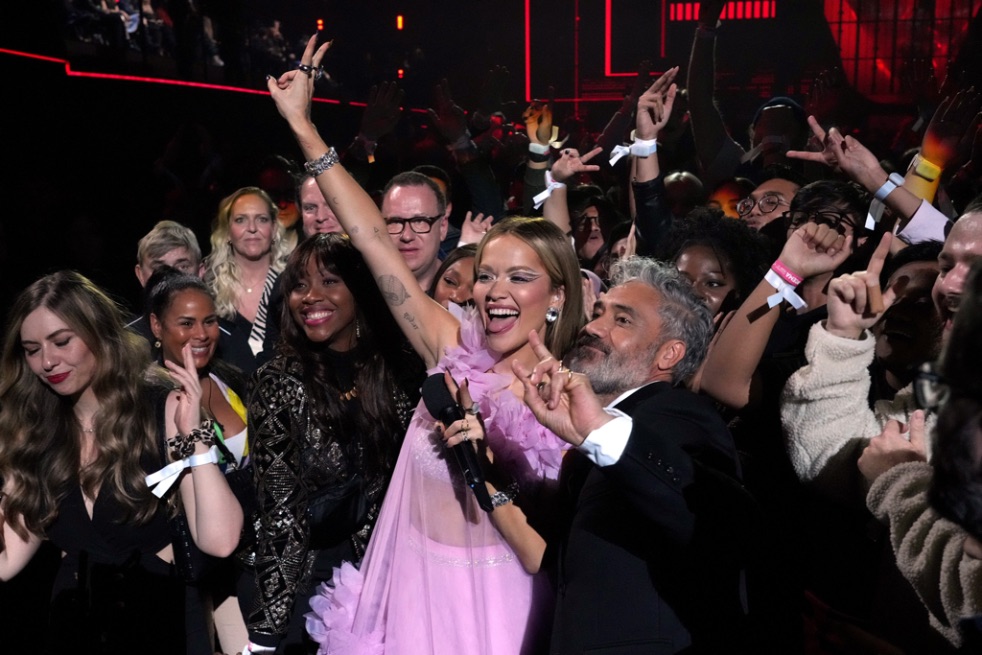 Donning a form-fitting suit, Rita flashed her flawless body through the suit’s multiple leg cutouts. This look stunned the audience as she walked on stage because the black catsuit perfectly showed her curves in all the right places, a look that definitely delivered a sultry vibe to the next level. 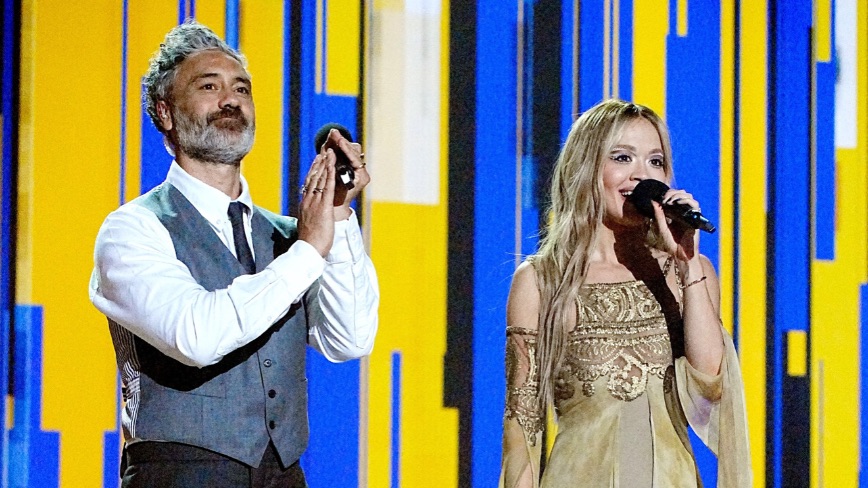 The #MTVEMAs host did a great job. I’m so proud of @RitaOra !
She looked so beautiful

and those outfits… incredible